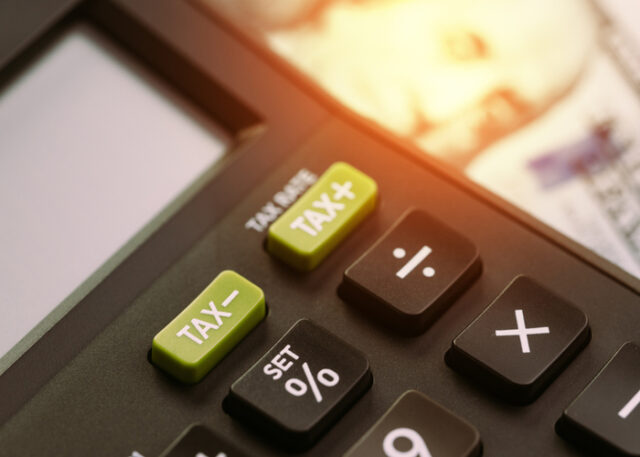 In March, chancellor Rishi Sunak delivered his second Budget. After a lot of speculation that taxes would rise to pay for the cost of Covid-19, you may have been relieved to discover your tax bill won’t be going up. However, you could still be worse off.

Rather than increasing taxes, the chancellor said he would be freezing allowances. On the face of it, this seems like it won’t have an impact on your personal finances. However, it does once you consider the rising cost of living.

The effect on your income

The Personal Allowance (the amount you can earn before paying Income Tax) and the threshold for higher-rate taxpayers will both increase from 6 April 2021 as planned.

While relatively small increases, the amounts reflect inflation over the last year and will help workers to maintain their spending power.

Crucially, after the rise for the 2021/22 tax year, these thresholds will then be frozen until 2026. This means more people will pay Income Tax and 1.6 million people will be pushed into the higher tax bracket by 2024, raising around £6 billion for the Treasury.

The impact of inflation can seem small from a yearly perspective, but it can add up over time. Over the five years the freeze will be in place, you could end up paying more in tax as a result.

The Bank of England’s inflation calculator highlights this compounding effect. Over the last five years, inflation has averaged 2.5%. If you had a sum of £20,000 in 2015, you’d need £22,674.51 to retain the same spending power in 2020. If inflation carries on at the same rate, then in five years you could see more of your income above the Personal Allowance or higher-rate threshold.

So, while you won’t see an immediate reduction in your pay, in real terms you could be worse off.

Other freezes could affect your income and wealth too

The chancellor also revealed he would freeze three other allowances until April 2026 that could have a significant impact on your wealth and financial plan:

Capital Gains Tax (CGT) is paid when you make a profit disposing of assets. This may include a second home, investments held outside of a tax-efficient wrapper, or some physical items. However, a CGT allowance of £12,300 means most people won’t need to pay CGT, especially if you consider the tax year when disposing of assets.

The CGT allowance will not increase in line with inflation in April and is set to remain at £12,300 until 2026. As the value of assets rises, some investors could find their tax bill starts to creep up. In the five years to March 2021, house prices have increased by more than £43,000. If that growth is replicated over the next five years, without the allowance rising alongside inflation, second homeowners could face significant costs if they want to sell.

This is the total amount you can tax-efficiently save into a pension. While the current allowance of £1,073,100 may seem large, once you factor in employer contributions, tax relief and investment returns, you could reach it sooner than you might think. This allowance is now frozen until 2026.

Crucially, the Lifetime Allowance applies to the value of your pension, not your contributions. So, if you’re near the threshold now, investment returns over the next five years could mean exceeding the threshold, even if you were to halt contributions.

Inheritance Tax (IHT) is paid on your estate on death if the total value of all your assets exceeds certain thresholds. IHT can reduce how much you leave behind for loved ones. There are two thresholds to consider when reviewing if you’ll need to consider IHT, both of which are now frozen for five years.

The first is the nil-rate band of £325,000. If your estate is below this value, you won’t need to pay any IHT. The second is the residence nil-rate band of £175,000, if you leave your main home to children or grandchildren. You can also pass any unused allowance on to a spouse or civil partner. As a result, couples can leave £1 million to loved ones without paying IHT. As above though, inflation may mean some families that would not have needed to consider IHT will now need to do so.

Please give us a call if you have any questions about how the Budget will affect your finances. By making full use of allowances and planning your finances, you can often reduce your tax liability.

The Financial Conduct Authority does not regulate estate and tax planning.

A pension is a long-term investment. The fund value may fluctuate and can go down, which would have an impact on the level of pension benefits available.

Your pension income could also be affected by the interest rates at the time you take your benefits. The tax implications of pension withdrawals will be based on your individual circumstances, tax legislation and regulation which are subject to change in the future.